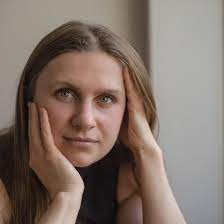 With a voice and irrepressible style which have captured the imaginations of audiences and critics alike in Europe, Asia, Russia and the United States, Dasha Beets is poised to secure a defining place among the most important and original jazz vocalists of our time.

Born in 1986, Ukraine to musical parents – her mother a vocal teacher and her father a jazz trumpet player – Dasha began studying classical piano at the age of 7. She eventually graduated in 2007 from the Moscow Conservatory in Jazz Vocals. She went on to pursue her post-graduate studies at the Royal Conservatory in The Hague, the Netherlands, earning her Masters degree in Jazz Vocals in 2013. Since then, she has shared the stage with such notable musical artists as Rita Reys, Sheila Jordan, Mike le Donne, Ack van Rooyen, Martijn van Iterson, Peter Beets, the legendary Ruud Jacobs and Joe Cohn.

In addition to her unique interpretations of cherished standards of the Great American Songbook, Dasha is also a composer in her own right and has gained unqualified acclaim for her captivating compositions in performances at major jazz festivals throughout the Netherlands, Belgium and Germany. She made her New York debut in 2010, performing at Manhattan’s iconic jazz venue, Birdland, accompanied by the Steve Firth trio.

Dasha recieves critical acclaim in the Dutch press, with Jeroen de Valk of Parool exclaiming: “This young lady has a very flexible and always warm voice. She sings her songs with a freshness that suggests she’s inventing them at that very moment.”  Hans Koert of Keep Swinging likewise extolled her musicality and supple, versatile voice: “Surprisingly beautiful” … Dasha is a natural talent and has all the capacities of a great jazz vocalist.”

Recently she has turned her attention to the timeless and universally appealing music of Johann Sebastian Bach, creating jazz improvisations of some of the composer’s most lyrical works. Her latest album, “Bach…because,” is set to be released in April, 2022.